Why do I have receding gums?

Why do I have receding gums? 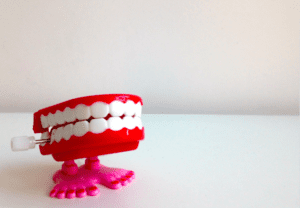 People don’t always realize that they have a problem with receding gums until they’re being told by their dentist or hygienist during an annual dental checkup. Because they are focused on taking care of what they see while brushing our teeth and flossing most people tend to overlook the areas of the mouth that aren’t as visible, such as the gum line below the teeth. As a result, receding gums is an oral health issue that is often missed or ignored. The fact is, receding gums should be taken just as seriously as other oral health problems, because, if left untreated, they could lead to gum disease and eventually tooth loss. To help you avoid that from happening, here’s everything you need to know about receding gums:

Signs you have receding gums

Gum recession occurs when the gum tissue that surrounds the teeth wears away or pulls back, exposing the roots of the teeth. If you notice areas around your teeth where the gums look inflamed or lower than usual, then you probably have receding gums. Other signs include bad breath, tenderness, and loose teeth.

There are a number of reasons why you could have receding gums:

2. Poor oral hygiene– This may be an obvious one, but not maintaining proper dental habits, such as brushing and flossing regularly, can lead to tartar buildup, which can result in gum recession.

3. Aggressive brushing– Believe it or not, you can actually get too enthusiastic about brushing your teeth. If you scrub your teeth instead of gently brushing the surface and gums, you could be doing more harm than good. Make sure to use a soft toothbrush, and let the bristles do the work.

4. Your genes– Sometimes even if you’re practicing sufficient dental care, you’ll still develop receding gums. This is due to genetics. According to studies, 30 percent of the population is predisposed to gum disease, which means the condition could possibly “run in the family.”

5. Trauma to the mouth– Like genetics, trauma to the mouth is another possible cause of gum recession that can be out of your control. Trauma could include anything from a piercing on the lip to a sports injury.

6. Grinding your teeth– Bruxism, otherwise known as teeth grinding, can cause a multitude of dental problems, including receding gums.

Some of the other reasons for gum recession are use of tobacco products, misaligned teeth, and hormonal changes.

How you can treat it

While receding gums is a common problem, it’s should not be ignored. The first step is to talk to your dentist. He or she will evaluate the situation and help find the cause of the gum recession, which will determine the best treatment. In some cases, you may only need to switch your toothbrush or start wearing a mouth guard.

If your gum recession is mild, your dentist may decide that deep cleaning is the best course of action. Deep cleaning involves scaling and root planing, which removes plaque and tartar from the teeth and the areas around the gum.

If your gum recession is more serious, it could require surgery to try to regenerate the gums. This is done with a gum graft. The dentist will remove bacteria, which is a similar to a deep cleaning. Then, the dentist will take gum tissue from another area of the mouth and secure it to the part of the tooth that has lost tissue. The restoration encourages regeneration of the gum tissue.

If you believe you’re having problems with receding gums, Artistic Dental can help. We advise that our patients to come in for regular checkups, because this is where we’ll usually identify the problem, help monitor it, and decide treatment. To schedule an appointment with Dr. Dougherty or Dr. Adhikari, call the office at (602) 840-5400.